Once technology is released, its like herding cats. Why do we continue to let the tech sector manage its own mess? 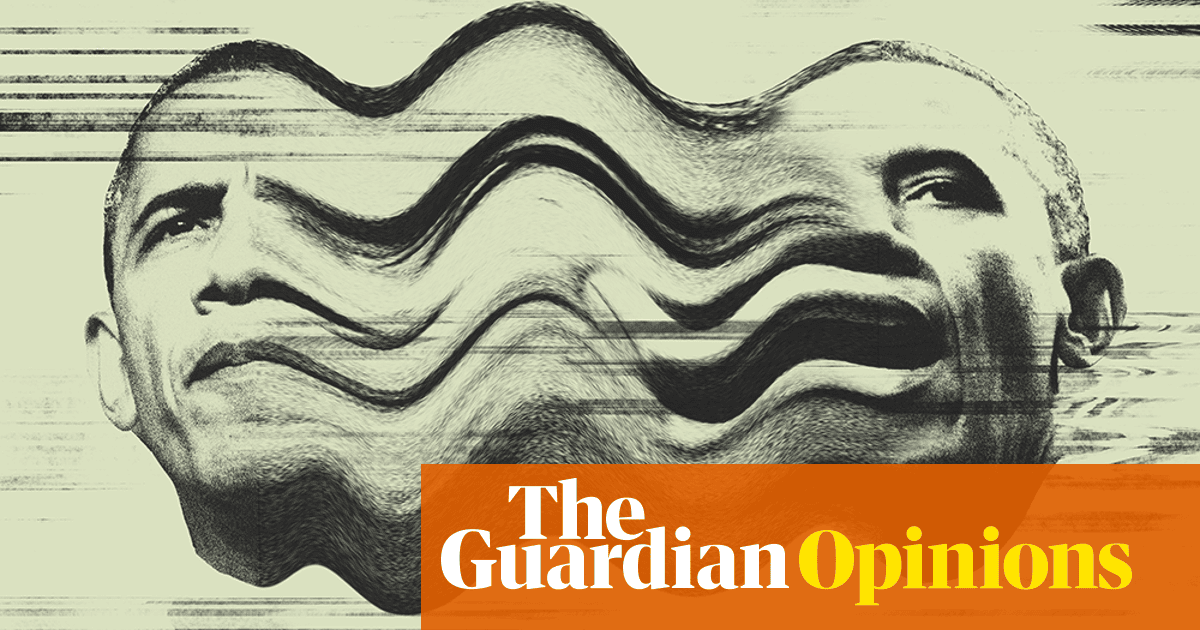 We havent yet seen a clear frontrunner emerge as the Democratic candidate for the 2020 US election. But Ive been interested in another race the race to see which buzzword is going to be a pivotal issue in political reporting, hot takes and the general political introspection that elections bring. In 2016 it was fake news. Deepfake is shoring up as one of the leading candidates for 2020.

This week the US House of Representatives intelligence committee asked Facebook, Twitter and Google what they were planning to do to combat deepfakes in the 2020 election. And its a fair question. With a bit of work, deepfakes could be convincing and misleading enough to make fake news look like childs play.

Deepfake, a portmanteau of deep learning and fake, refers to AI software that can superimpose a digital composite face on to an existing video (and sometimes audio) of a person.

However, there are also a range of political possibilities. Filmmaker Jordan Peele highlighted some of the harmful potential in an eerie video produced with Buzzfeed, in which he literally puts his words in Barack Obamas mouth. Satisfying or not, hearing Obama call US president Trump a total and complete dipshit is concerning, given he never said it.

Just as concerning as the potential for deepfakes to be abused is that tech platforms are struggling to deal with them. For one thing, their content moderation issues are well documented. Most recently, a doctored video of Nancy Pelosi, slowed and pitch-edited to make her appear drunk, was tweeted by Trump. Twitter did not remove the video, YouTube did, and Facebook de-ranked it in the news feed.

However, once technology is released its like herding cats. Deepfakes are a moving feast and as soon as moderators find a way of detecting them, people will find a workaround.

But while there are important questions about how to deal with deepfakes, were making a mistake by siloing it off from broader questions and looking for exclusively technological solutions. We made the same mistake with fake news, where the prime offender was seen to be tech platforms rather than the politicians and journalists who had created an environment where lies could flourish.

The furore over deepfakes is a microcosm for the larger social discussion about the ethics of technology. Its pretty clear the software shouldnt have been developed and has led and will continue to lead to disproportionately more harm than good. And the lesson wasnt learned. Recently the creator of an app called DeepNude, designed to give a realistic approximation of how a woman would look naked based on a clothed image, cancelled the launch fearing the probability that people will misuse it is too high.

What the legitimate use for this app is, I dont know, but the response is revealing in how predictable it is. Reporting triggers some level of public outcry, at which suddenly tech developers realise the error of their ways. Theirs is the conscience of hindsight: feeling bad after the fact rather than proactively looking for ways to advance the common good, treat people fairly and minimise potential harm. By now we should know better and expect more.

Why then do we continue to let the tech sector manage its own mess? Partly its because it is difficult, but its also because were still addicted to the promise of technology even as we come to criticise it. Technology is a way of seeing the world. Its a kind of promise that we can bring the world under our control and bend it to our will. Deepfakes afford us the ability to manipulate a persons image. We can make them speak and move as we please, with a ready-made, if weak, moral defence: No people were harmed in the making of this deepfake.

But in asking for a technological fix to deepfakes, were fuelling the same logic that brought us here. Want to solve Silicon Valley? Theres an app for that! Eventually, maybe, that app will work. But were still treating the symptoms, not the cause.

The discussion around ethics and regulation in technology needs to expand to include more existential questions. How should we respond to the promises of technology? Do we really want the world to be completely under our control? What are the moral costs of doing this? What does it mean to see every unfulfilled desire as something that can be solved with an app?

Big tech firms have an enormous set of moral and political responsibilities and its good theyre being asked to live up to them. An industry-wide commitment to basic legal standards, significant regulation and technological ethics will go a long way to solving the immediate harms of bad tech design. But it wont get us out of the technological paradigm we seem to be stuck in. For that we dont just need tech developers to read some moral philosophy. We need our politicians and citizens to do the same.

At the moment were dancing around the edges of the issue, playing whack-a-mole as new technologies arise. We treat tech design and development like its inevitable. As a result, we aim to minimise risks rather than look more deeply at the values, goals and moral commitments built into the technology. As well as asking how we stop deepfakes, we need to ask why someone thought theyd be a good idea to begin with. Theres no app for that.

Matt Beard is a fellow at the Ethics Centre and the author of Ethical by Design: Principles for Good Technology.