Only two out of 24 crew rescued after bulk carrier, which is roughly the same size as 100 tennis courts, disappears carrying iron ore from Brazil to China 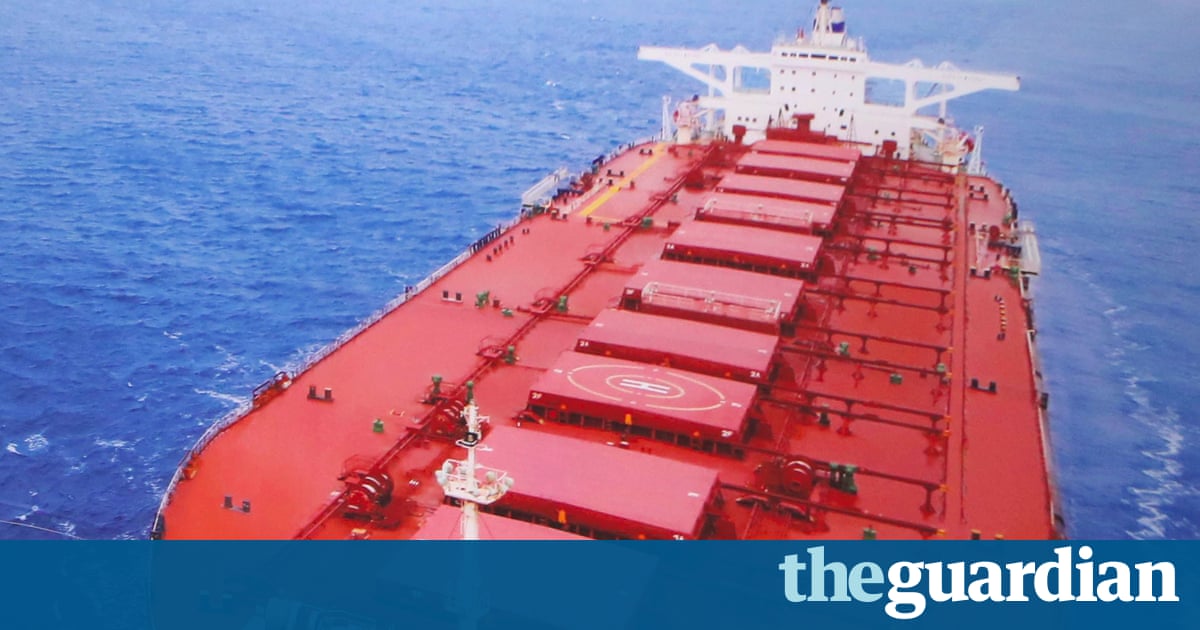 A South Korean cargo vessel is missing after making its last contact in the South Atlantic about 2,500km (1,500 miles) from shore and 22 crew members are unaccounted for.

Two Filipino crew members have been rescued floating in a life raft on Saturday, but other lifeboats and rafts found in the area were empty, South Koreas Yonhap news agency reported on Sunday.

A search operation is continuing for the 22 people, a South Korean foreign ministry official in Seoul said by telephone, adding eight of the missing are South Korean nationals and 14 are Filipinos.

South Korea has requested Brazil and Uruguay to aid in the search and rescue, the official said asking not to be identified.

The very large ore carrier (VLOC) Stellar Daisy is owned and operated by South Koreas Polaris Shipping based in Busan and was sailing from Brazil to China carrying iron ore when it sent a distress signal to the ship operator on Friday, Yonhap said.

A message last received on Friday by Polaris from a crew member said the ship was taking in water on the port side and was listing rapidly, Yonhap said.

Reuters contributed to this report