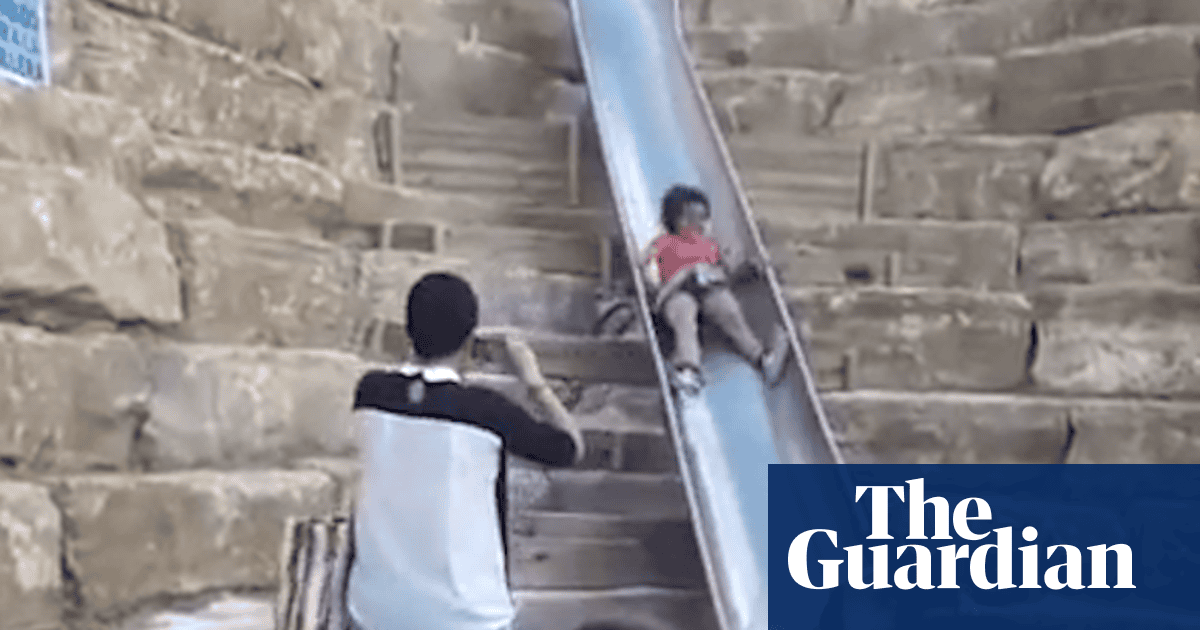 A long, steep slide linking two streets in a southern Spanish town has been closed pending safety checks a day after it opened to the public.

The 38-metre-long slide in Estepona, on the Costa del Sol, is intended to give residents of all ages a quick way to travel between the streets, which sit at very different levels.

The stainless-steel chute, reputed to be Spains longest, has a gradient that varies between 32 and 34 degrees.

It was unveiled on Thursday but shut the following day after people complained of injuries, and a video posted on social media showed a user hurtling down the slide at fearsome speed and flying off the end.

The Estepona slide is a piece of shit, one woman wrote on Twitter. I went on it and got hurt all over. I flew two metres and the police started to laugh.

She also posted pictures of her grazed elbows, adding: Im not putting up one of my arse, which is worse.

On Friday, the council said it had ordered the company that built the slide to carry out a thorough check.

But it also said that people needed to follow the instructions posted on the slide, such as riding it sitting up rather than lying down, keeping arms in and not using it at the same time as other people.

The image shared widely on social media was an isolated event, the council said in a statement.

More than a thousand people used the slide correctly [on Thursday] and without incident. Nevertheless, given the situation, the council has requested a new check to provide maximum guarantees for users.

The slides inauguration had met with a mischievous response online.

How long will it take for a drunk foreign tourist to die on it? wondered one Twitter user.

What a fantastic idea this new slide between streets in Estepona is, wrote another. Dentists are going to be rubbing their hands together.