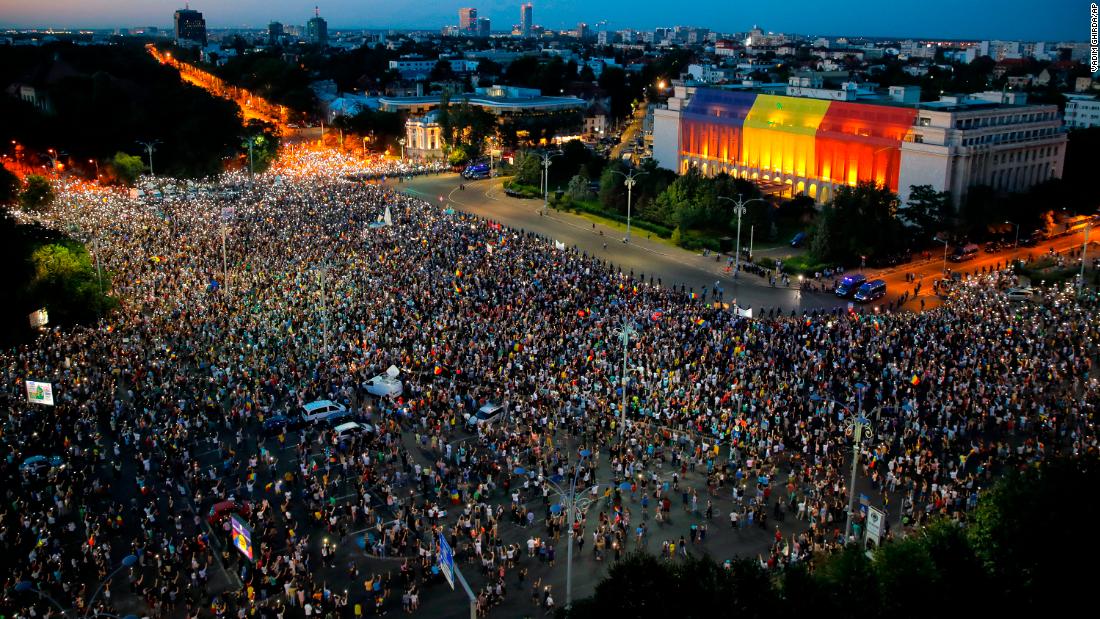 (CNN)Tens of thousands of Romanians flooded the capital Bucharest on Saturday for a second night of anti-government protests, a day after violent clashes injured more than 400 people. 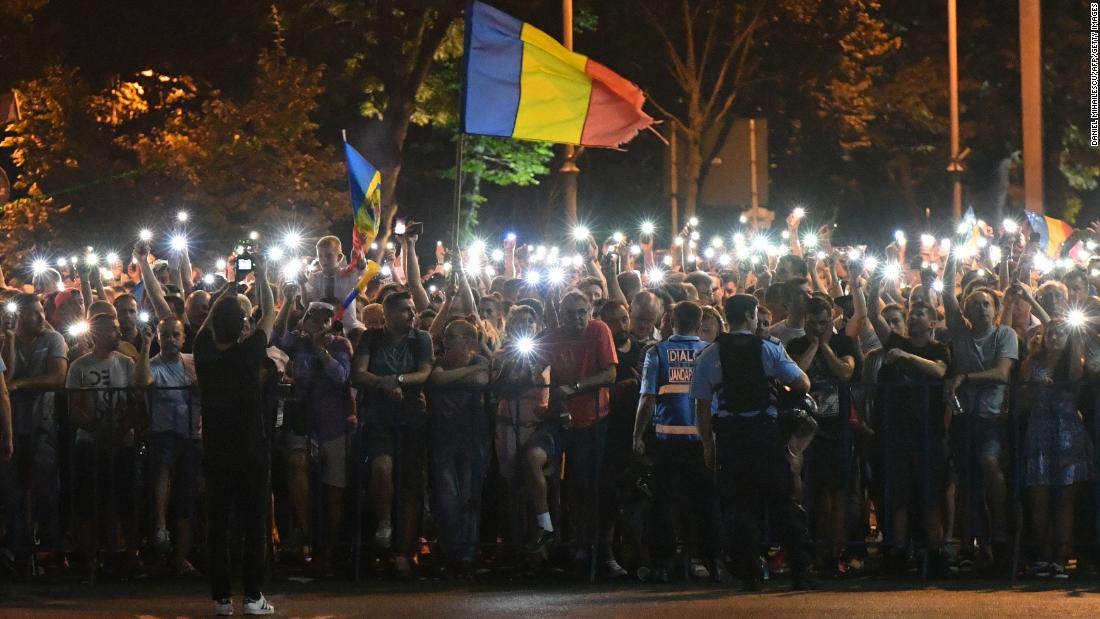 However there was not the kind of violence seen on Friday night, when the crowds were larger and police, or gendarmes, fired tear gas as they clashed with protesters, state-run news agency Agerpres reported.
Over 400 people received medical care at the square that night and two gendarmes were attacked, it said. 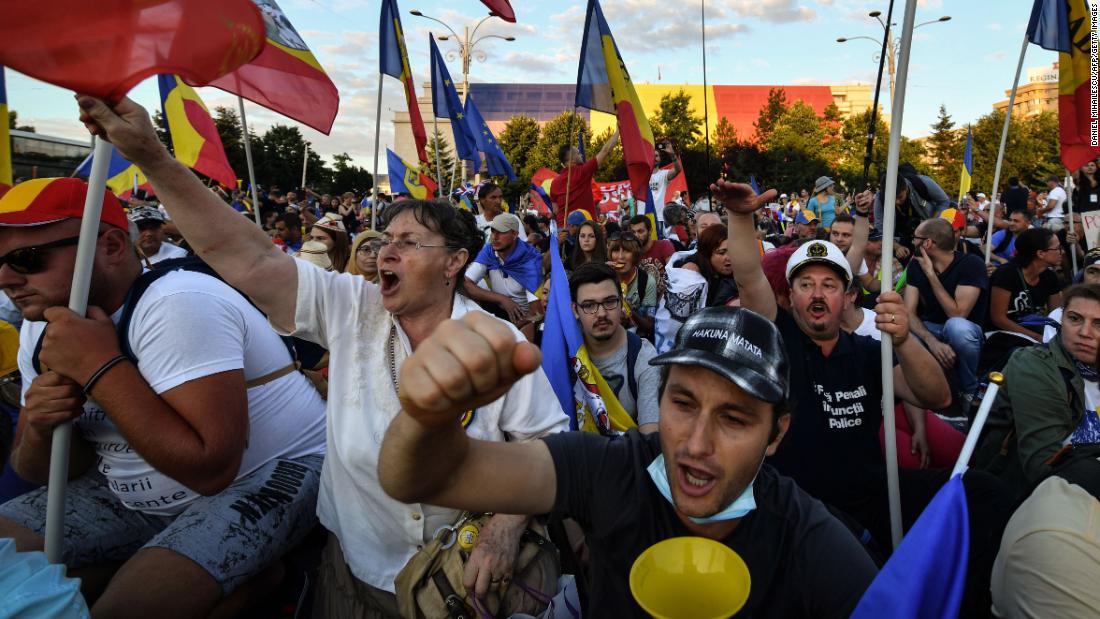 In a statement issued Friday night, Romania’s President Klaus Iohannis condemned the “brutal intervention of the Gendarmerie,” saying their actions were “strongly disproportionate with the demonstrations of the majority of people in Victoria Square.”
He called on the country’s Interior Ministry to “urgently explain” the way in which the event was managed, saying: “The attempt to defeat the will of the people through a violent reaction of the law enforcement forces is a condemnable solution.”
During Friday’s rally, protesters also held a moment of silence in memory of those who died in the 1989 Revolution and several speakers accused the political system of lacking alternatives, state media reports. 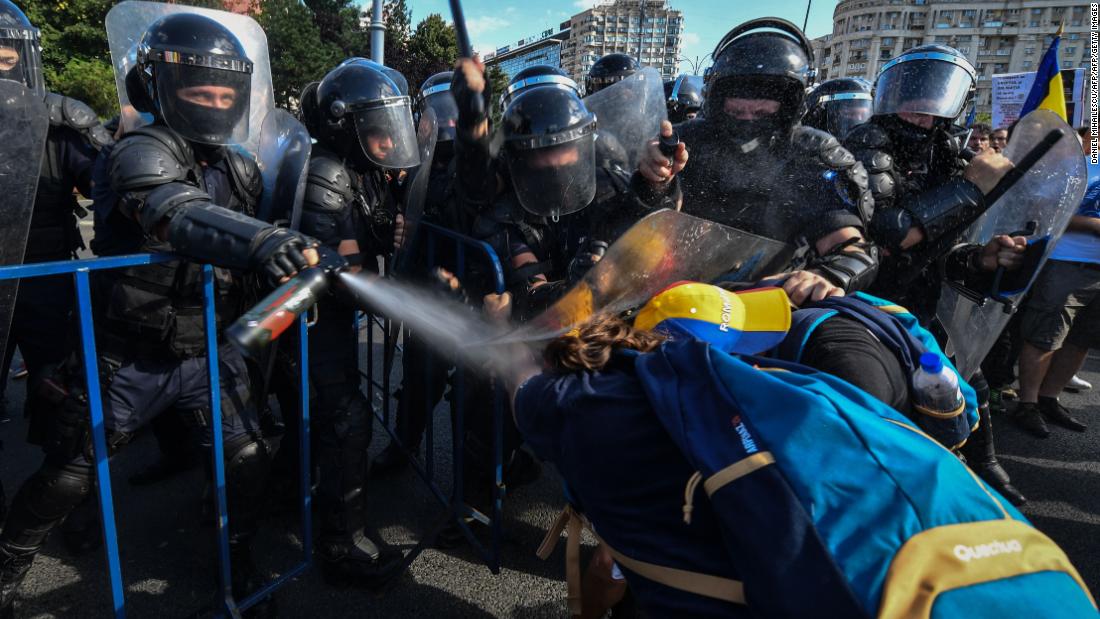 Protesters are angry over what they say is entrenched corruption, low wages and attempts by the governing Social Democrats (PSD) to weaken the judiciary, Reuters reported.
The Council of Europe’s anti-corruption group, GRECO, published a report earlier this year, which pointed to Romania as being among a handful of countries in which legislative initiatives either reversed anti-corruption measures or risked breaching international anti-corruption standards.
Romania was ranked 49th out of 180 on Transparency International’s Corruption Perceptions Index for last year, below most other European nations.