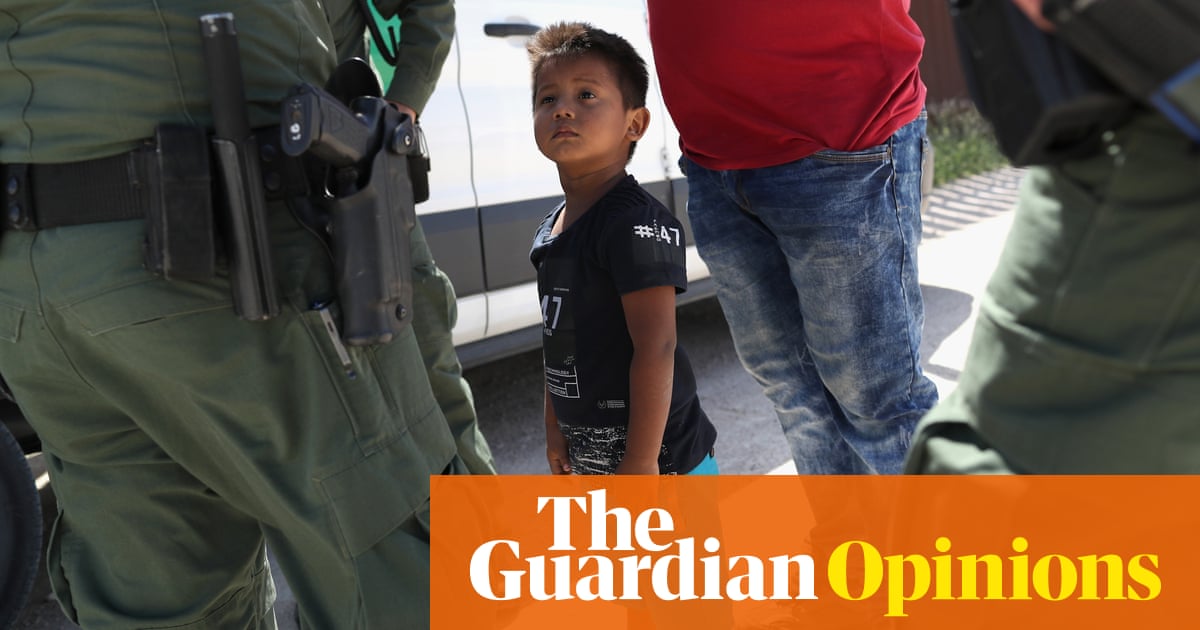 The events occurring now on our border with Mexico, where children are being removed from the arms of their mothers and fathers and sent to foster families or shelters, make me weep and gnash my teeth with sadness and rage. I know what they are going through. When we were children, my two siblings and I were also taken from our parents. And the problems weve experienced since then portend the terrible things that many of these children are bound to suffer.

My family was Jewish, living in 1942 in the Netherlands when the country was occupied by the Nazis. We children were sent into hiding, with foster families who risked arrest and death by taking us in. They protected us, they loved us, and we were extremely lucky to have survived the war and been well cared for.

Yet the lasting damage inflicted by that separation reverberates to this day, decades hence.

Have you heard the screams and seen the panic of a three-year-old when it has lost sight of its mother in a supermarket? That scream subsides when mother reappears around the end of the aisle.

This is my brother writing in recent years. He tries to deal with his lasting pain through memoir. Its been 76 years, yet he revisits the separation obsessively. He still writes about it in the present tense:

In the first home I scream for six weeks. Then I am moved to another family, and I stop screaming. I give up. Nothing around me is known to me. All those around me are strangers. I have no past. I have no future. I have no identity. I am nowhere. I am frozen in fear. It is the only emotion I possess now. As a three-year-old child, I believe that I must have made some terrible mistake to have caused my known world to disappear. I spend the rest of my life trying desperately not to make another mistake.

My brothers second foster family cared deeply about him and has kept in touch with him all these years. Even so, he is almost 80 years old now and is still trying to understand what made him the anxious and dysfunctional person he turned into as a child and has remained for the rest of his life: a man with charm and intelligence, yet who could never keep a job because of his inability to complete tasks. After all, if he persisted he might make a mistake again, and that would bring his world to another end.

My younger sister was separated from our parents at five. She had no understanding of what was going on and why she suddenly had to live with a strange set of adults. She suffered thereafter from lifelong, profound depression.

I was older: seven. I was more able than my siblings to understand what was happening and why. I spent most of the war with Dick and Ella Rijnders. Dick was mayor of a small, rural village, and he and Ella lived in a beautiful house next to a wide waterway. Ella had a warm smile and Dick referred to me as his oldest daughter. I was able to go to school normally, make friends, and became part of village life. I was extraordinarily lucky, but I was not with my own parents, sister, and brother. And, eventually, I also had to leave the Rijnders, my loving second family. I was returning to my own family, but this meant another separation.

In later life, I was never able to really settle down. I lived in different countries and was successful in work, but never able to form lasting relationships with partners. I never married. I almost forgot to mention my own anxiety and depression, and my many years in psychotherapy.

My grief and anger about todays southern border come not just from my personal life. As a retired psychotherapist who has worked extensively with victims of childhood trauma, I know all too well what awaits many of the thousands of children, taken by our government at the border, who are now in processing centers and foster homes no matter how decent and caring those places might be. We can expect thousands of lives to be damaged, for many years or for ever, by zero tolerance. We can expect old men and women, decades from now, still suffering, still remembering, still writing in the present tense.

What is happening in our own backyard today is as evil and criminal as what happened to me and my siblings as children in Nazi Europe. It needs to be stopped immediately.