Forced labour in Chinas internment camps taints the supply chains of many western companies. We need to take action 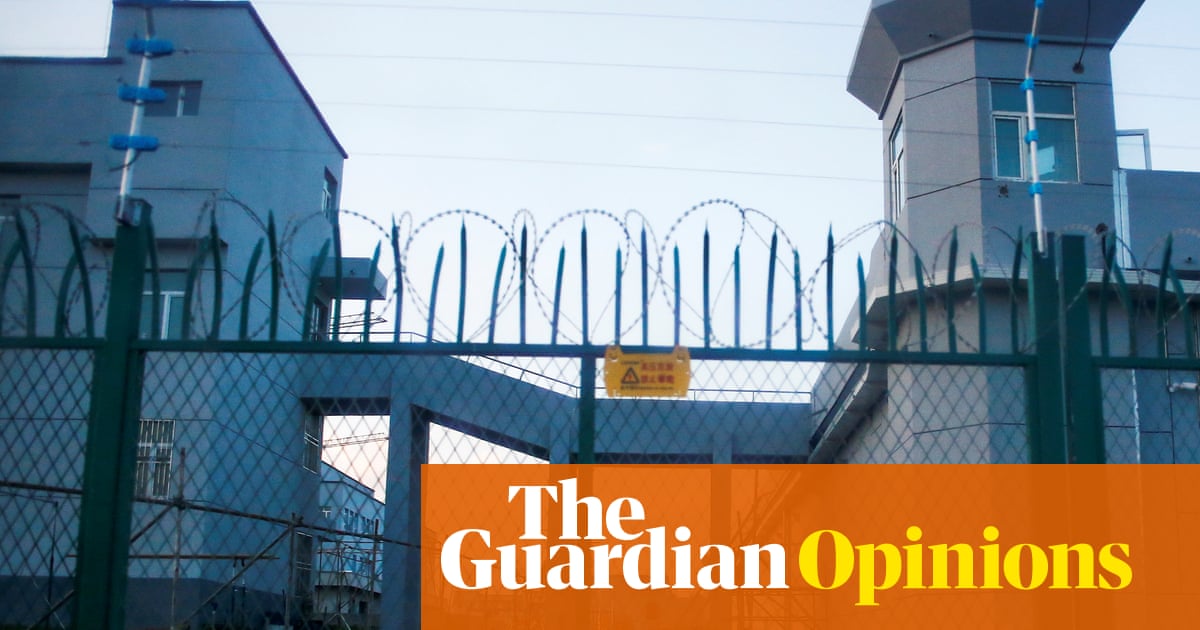 Any western company doing business in Xinjiang should consider their supply chains tainted by forced labour drawn from internment camps. Hardly a drop in the ocean of the vast global economy, this involves companies such as Ikea, H&M, Volkswagen and Siemens.

This month, the United States banned the import of products made by a firm in Xinjiang over its use of forced labour. It also blacklisted 28 Chinese entities for their role in the repression of Uighurs and issued visa restrictions on key Chinese officials. Following suit, two major Australian companies have now also announced they are ending partnership with their cotton supplier in Xinjiang.

These are welcome steps but the United States and Australia are not the only countries with business interests in Xinjiang. It is time for a global blacklist on all goods produced or manufactured in Xinjiang.

The UN committee on the elimination of racial discrimination has called Xinjiang a no rights zone amid the mass detention of several million ethnic and religious minorities.

China claims they are mostly vocational training centres. But encircled by barbed wire, surveillance cameras, and armed guards, in reality many are labour camps where Uyghur, Kazakh, and other minorities are forced to work for little or no pay.

Many foreign companies appear to be benefiting from this. By one estimate nearly half of Europes 150 largest companies have some presence in Xinjiang. The region accounts for 84% of Chinese cotton production, as pointed out in a recent CSIS study. China is the worlds largest cotton exporter, accounting for 26% of global exports.

And the concerns extend well beyond textiles and affect multiple supply chains. According to the Wall Street Journal, Adidas, Kraft Heinz, Coca-Cola, and Gap have or continue to source from Xinjiang. Volkswagen has had a manufacturing plant in Xinjiang since 2013, and in April 2019 its chief executive sparked condemnation when he claimed ignorance of Chinas mass detention in Xinjiang.

Xinjiang is also a major source of tomato paste for many leading international brands.

But lets return to the US ban, specifically on a company called Hetian Taida Apparel and Australian cotton imports.

In late 2018, the Associated Press revealed North Carolina-based Badger Sportswear was sourcing from a Hetian Taida factory inside an internment camp in Xinjiang. After revelations of forced labour, many universities pulled Badger merchandise and in January the company announced it was ending the partnership. But how did a major American apparel distributor end up in bed with forced labour in China? A Workers Rights Consortium report found Badger failed to perform a labour rights assessment and actually concealed the factory as a supplier. The company chose profit over human rights, and they have not been alone.

An Australian Broadcasting Corporation investigation this summer revealed six major retailers that sourced cotton from Xinjiang-based Litai Textiles and others. They included Australias largest global retailer, Cotton On Groups, Target Australia, and Swedish companies Ikea and H&M. Even though Cotton on Group and Target Australia announced they would stop sourcing cotton from Xinjiang, it is a classic case of too little, too late.

No More Business as Usual

The only way forward is no more business as usual.

Governments and organisations from Australia to the European Union should take immediate steps alongside the US to impose a global blacklist on the import of all goods produced or manufactured in Xinjiang. This must include import restrictions, forbidding companies from doing business in Xinjiang, and banning Xinjiang-based entities from accessing their markets.

The global Magnitsky Act, for example, in the United States, Canada, the United Kingdom, and a few other countries makes it easier to impose targeted financial and visa sanctions, which these governments should use against Chinese officials and corporate leaders responsible for abuses in Xinjiang.

Foreign companies that have done business in Xinjiang must undergo a thorough and independent investigation to determine the extent to which they have benefited by forced labour or contributed to other gross human rights violations and face punitive measures, including financial penalties to contribute to material reparations for victims.

Global consumers can also hold companies accountable and should demand an end to all business partnerships in Xinjiang or look to boycotting their products.