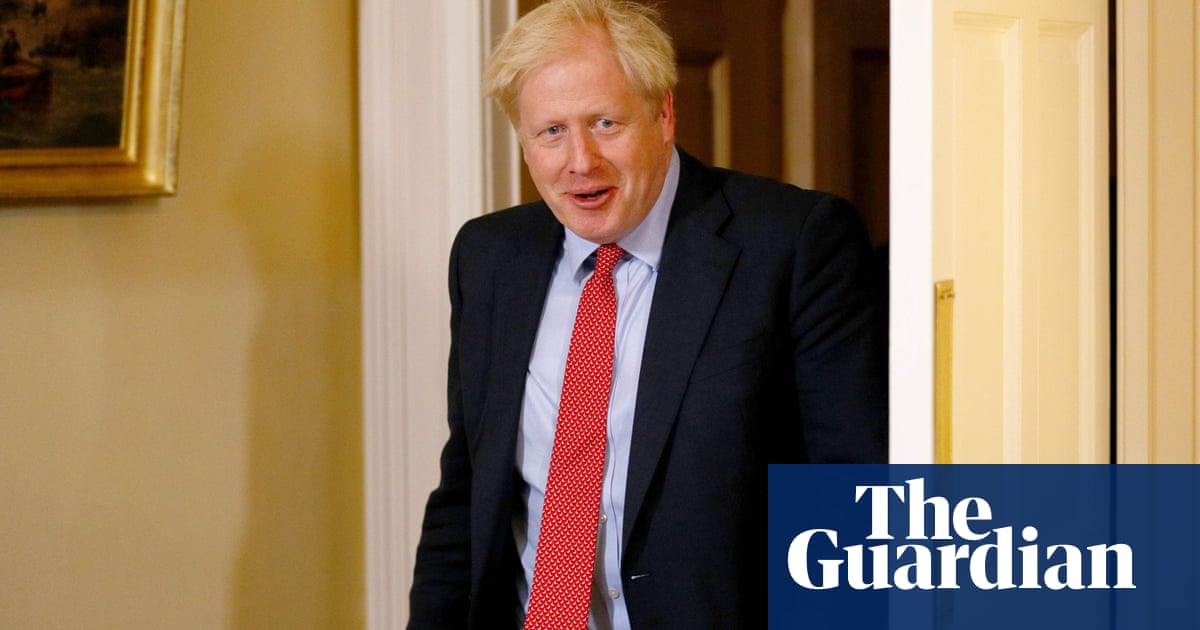 The first sign of trouble was in the dawn news bulletins. In a long missive the Spectator published overnight, an anonymous No 10 source widely presumed to be Dominic Cummings predicted that Brexit talks would probably end this week, blaming the Irish taoiseach, Leo Varadkar, who, it was claimed, had gone very cold. The nameless source warned that EU countries supporting an extension of article 50 will go to the bottom of the queue on future cooperation with the UK.

While the incendiary briefing was being condemned on the airwaves as desperate and something to make the government ashamed by the recently departed cabinet minister Amber Rudd, Boris Johnson was on the phone to Angela Merkel. Neither London nor Berlin would offer any detailed official account of their phone call, in line with diplomatic protocol. Yet, by 10am, another explosive anonymous briefing from a No 10 source was lighting up social media with incredible claims about what the German chancellor was meant to have said. And, with that, the Brexit blame game had gone into full swing.

The unknown figure in Downing Street claimed Merkel was making a deal essentially impossible not just now but for ever by insisting that Northern Ireland must remain in full regulatory alignment and a customs union. At his regular lobby briefing at midday, Boris Johnsons official spokesman refused or was unable to say whether this was an accurate description of the meeting or represented No 10s official position.

He was listening to the phone call between Johnson and Merkel, he acknowledged, but he would only tell reporters that it had been a full and frank exchange a coded way of saying there had been an argument between the two leaders. Diplomatic protocol dictates that the official spokesman never comments on remarks made by a foreign leader in a confidential phone call, making the No 10 sources briefing all the more remarkable.

Donald Tusk had read the reports while travelling to Berlin. The European council president was going to see Merkel at the chancellery as part of a routine tour of European capitals before next weeks EU summit, where Brexit is again crowding out the agenda. Tusk, an anglophile former Polish prime minister with a sharp turn of phrase, has been deeply frustrated by what he sees as Downing Streets attempt to avoid responsibility.

As his car headed to the chancellery, he decided it was time to hit back and accused Johnson directly of playing some stupid blame game and making a deal impossible. Where are you going? he asked in Latin.

He was not alone in that view. In Brussels, European diplomats were aghast at what they saw as the No 10 spin machine out of control. Its incredibly immature. Kids in the kindergarten behave more maturely than this, one senior diplomat said of the latest No 10 briefings. Its amazing, thats all I can say.

The diplomat told the Guardian it might be better to simply ignore the statements, suggesting they could not represent the strategy of a serious country. This is so strange and immature. This cant be government policy, this cant be a majority opinion in Downing Street.

The same diplomat described No 10s account of the call with Merkel as an incredible distortion of facts, saying she would have repeated the EUs longstanding position that a customs border was not compatible with the UKs obligations under the Good Friday agreement.

Another diplomat described No 10s account of the call as quite shocking, pointing to claims that Merkel had apparently said Germany could leave the EU no problem if it wanted. She would never have mentioned Germany leaving the EU – its quite gross and ridiculous, the diplomat said. For me, it was obvious that it was designed for a domestic audience but, at the same time, how could they attribute that to the chancellor?

Not everyone agrees with Tusks blazing Twitter diplomacy. Some diplomats prefer the quiet German approach. A German government spokesman declined to comment on the Merkel-Johnson call, noting: As usual, we do not report from such confidential conversations. Privately, Berlin has long argued it would go the last kilometre for a Brexit deal, but not by jeopardising peace in Northern Ireland or the integrity of the EU single market.

Keir Starmer, the shadow Brexit secretary, later took aim at the shadowy nature of these briefings, saying it reflected a prime minister who did not take responsibility for his No 10 operation. A Labour MP, Alison McGovern, said it was as though the future of our country is being briefed out as political gossip.

Behind the scenes, there was some disquiet among cabinet ministers about the briefings, especially the claim in the Spectator that the UK would withdraw security cooperation from any EU state that agrees to extend article 50. Julian Smith, the Northern Ireland secretary, even publicly tweeted that this idea was unacceptable.

As the days political storm was abating, Johnsons chief envoy, David Frost, was leaving the European commission after two days of technical talks. Ensconced in the commissions star-shaped Berlaymont headquarters, EU officials have for days bombarded Frost and his team with questions, covering customs checks, exemptions for small and medium-sized businesses, agri-food regulations, timelines and transitions the technical minutiae of a very political deal.

Despite the furore, both sides insist talks have not broken down. But with the EUs unofficial end-of-week deadline looming, they are going nowhere. In months and years to come, historians may look back on this day of febrile briefings as the moment an always elusive October deal slipped out of grasp.