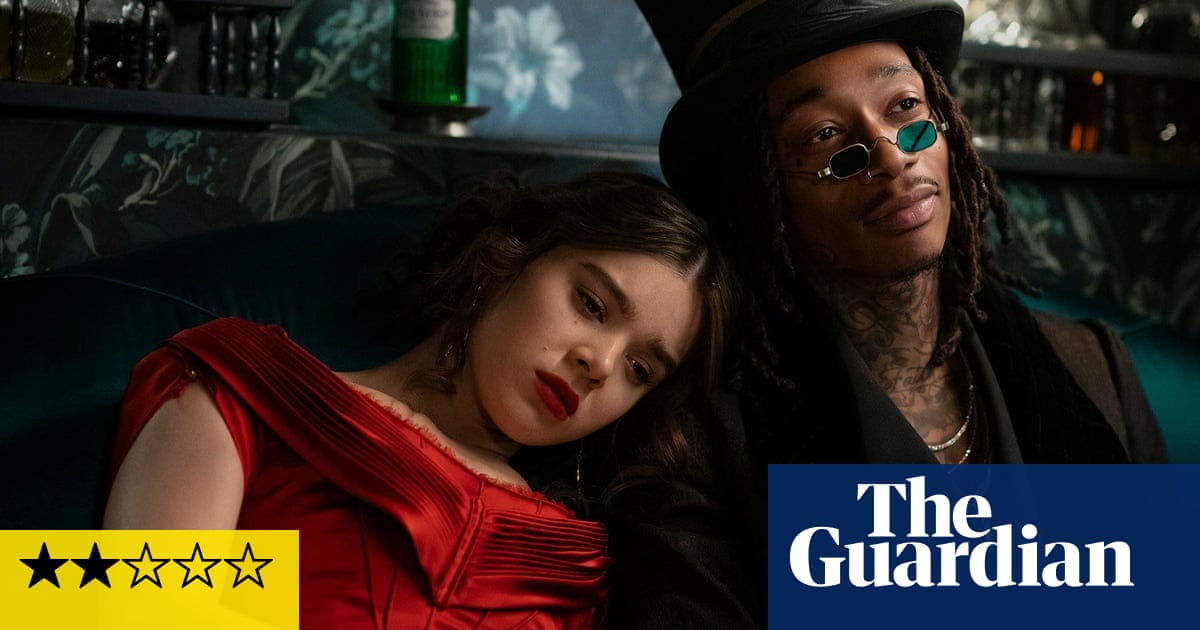 Emily Dickinson doesnt seem like the historical figure most ripe for a feminist revision. The American poet, whose work was published almost entirely after her death, lived a pious life in a stable, publicly invested New England family, wrote mostly in private, and was a recluse for most of her adult life. Dickinson, one of four shows in the freshman class of originals for the Apple TV+ streaming service, launching 1 November, assumedly saw promise in the name brand of one of Americas most famous 19th-century female poets. It mines her life for the strict, defining details child of a town-figure father (Toby Huss) and cold homemaker mother (an extremely miscast Jane Krakowski) in Amherst, Massachusetts; two siblings’; comfortable home while shoehorning in the more inconveniently introspective, cerebral, of-her-time personality of the unheralded (in her lifetime) literary trail-blazer.

In the Apple version, created by Alena Smith, a young adult Dickinson (Hailee Steinfeld, also an executive producer) navigates the stifling expectations of antebellum New England with all the subtlety of a #FEMINISM workout tank, strumming air guitar to Lizzo and cross-dressing to attend a no-women-allowed college lecture because, as she says, Maybe theyre so scared that if they teach us how the world works well figure out a way how to take over. She explicitly declares her intention to become a famous writer, bums cigarettes off of potential suitors (unclear if this was possible in the 1850s), and spends nights with her best friend/lover/brothers fiancee Sue Gilbert (Ella Hunt). She defiantly refuses to do chores, leverages a suitors attraction into a deal to publish her poems, and prizes night-time inspiration for her work. When her sister, Lavinia (Anna Baryshnikov), interrupts her early morning poetry writing to remind her to fetch water their brother cant do it because hes a boy Emily guffaws and remarks: This is such bullshit.

In other words, theres little trace of the wondrous and luminously sad Dickinson many teens encounter in high school curriculums in this show that seems to be going for coming-of-age comedy but lands somewhere between skit and revisionist biography. Not that theres anything wrong with straying far from period accuracy the success, warmth, and absurd goofiness of Drunk History, which imparts far more emotional truth from history than its stunt premise would initially suggest, says otherwise. But Apples take on this zaniness feels half-baked; the set-up has the feel of a high-school project with unlimited wells of money and ambition, layering thin paeans of slogan feminism (versions of well-behaved women seldom make history, many times over) and modern diction over the broad contours of a historical figures life.

Theres a different show, or maybe comedy sketch, where Wiz Khalifa playing the incarnation of Death imparts more than stunt casting, where the feminism is more than just acknowledging the frustrating limitations of Dickinsons position as a female poet, where the subversiveness isnt merely putting a modern teen movie on a period subject, where the lines arent literally, as Dickinson says at one point: Boys are stupid. Dickinson may become that show after the initial three episodes available for review, not least due to the performance of Steinfeld, who still manages to shine despite the shows often clunky dialogue and tonal inconsistencies, which range from send-up to spoof to serious reconsideration of a misunderstood woman. Dickinson may still have no idea what to do with Wiz Khalifas Death other than as a proof of concept of its winking ambition, but its still compelling to watch Steinfeld, decked out in a red ballgown, take a carriage ride from hell or manipulate a hapless suitor (the same enjoyment cannot be said for the shows onerous voiceover and corny transcription of the real Dickinsons lines to screen).

To its credit, Dickinson steadies itself a bit by the third episode, and it has the parts for a fun, perhaps insightful, series namely Steinfeld and the rich potential for the absurd comedy of modern manners and personalities in period setting. But watching the three episodes available for review, its hard not to wonder what is gained in this story, and who its for. (As with its other shows, Apple will release the first three episodes of Dickinson together, then once a week until the seasons end. Dickinson has already been renewed for a second season, suggesting theres a greater trajectory of growth beyond the first three episodes.) Certainly theres something enjoyable, particularly for a teenage audience, in watching a young woman take stock of her worlds bullshit and persevere anyway. But those viewers probably dont need to be told that boys are stupid; they, like the real Dickinson, will keep looking for something deeper.