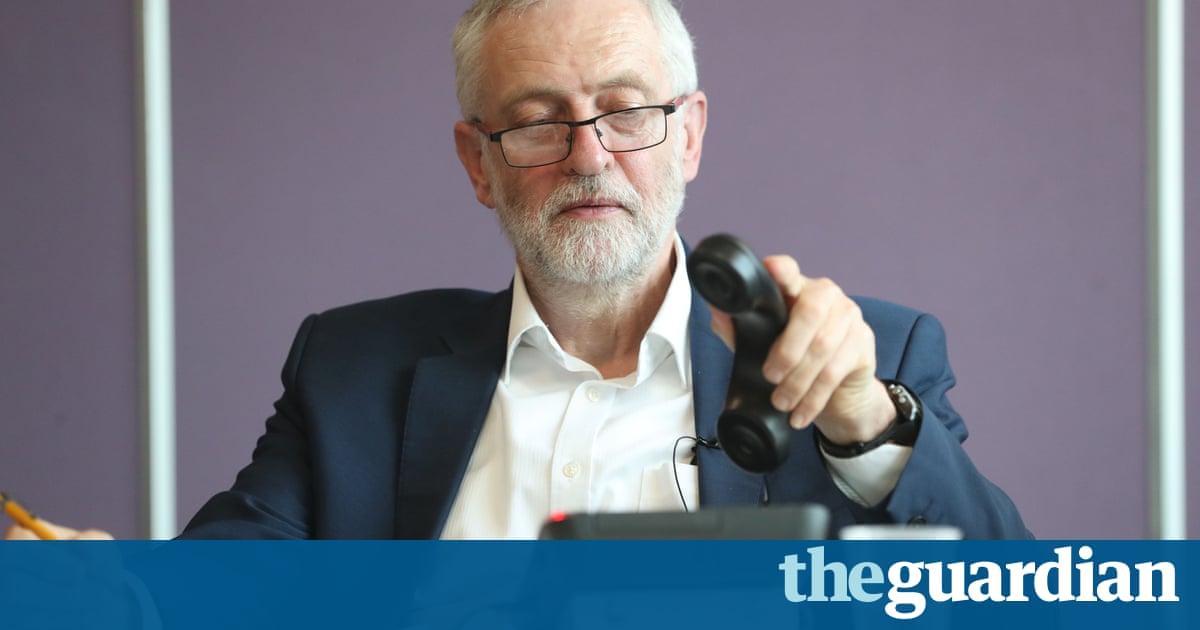 The Tories have more than doubled their lead over Labour to 19 points since Theresa May called a snap general election last Tuesday, according to a new poll that suggests the Conservatives are heading for a landslide victory on 8 June.

The survey by Opinium for the Observer, conducted on Wednesday and Thursday of last week, puts the Tories on 45% (up seven points compared with the previous week), while Labour is down three points on 26%.

The leap in backing for the Tories, and Labours fall, mean the gap between the two main parties has widened from nine points to 19 points in a matter of days levels of support which, if replicated on polling day, could secure a Commons majority for May of around 100 seats.

The poll also shows support growing for the anti-Brexit Liberal Democrats, who are up four points on 11%, and a dramatic fall in backing for Ukip, which is down five points to 9%, from 14% the week before. Backing for the Lib Dems suggests that the partys clear anti-Brexit strategy is appealing to hardcore Remain voters.

Separate analysis by Opinium, which has been tracking the same 2,000 voters throughout this parliament, found that only 53% of those who had said they intended to vote Ukip in February are still planning to do so in the 8 June election, with 30% of them saying they will transfer allegiance to the Tories.

The crumbling of backing for Ukip appears to be the main reason for the dramatic surge in enthusiasm for Mays party. Labours fall may be the result of voters who were strongly in favour of Remain in the Brexit referendum last June deserting the party for the anti-Brexit Lib Dems.

When those who now choose the Lib Dems were asked to give the main reason they are deciding to back Tim Farrons party, 50% said that it was because of its stance on Brexit. Just 6% of Labour voters said Jeremy Corbyns stance on Brexit was their main reason for backing Labour.

The poll suggests opinions are hardening in favour of May and the Tories, and against Corbyn, across a range of indicators. More than two-thirds of UK voters (66%) now expect May to remain as prime minister after the election, while 7% think Corbyn will replace her in Downing Street. On the issue normally regarded as most important in determining voter behaviour management of the economy May and chancellor Philip Hammond are now trusted by more voters (49%) to run the nations finances well than those who trusted David Cameron and George Osborne to do so ahead of the 2015 election (42%). Trust in Corbyn and shadow chancellor John McDonnell to run the economy well is at 15% lower than it was for Ed Miliband and Ed Balls ahead of the 2015 election (21%).

On almost every count, May wins. Some 49% of all voters now approve of the way she is running the country, against just 18% who express approval for Corbyns leadership.

The only cause for concern in Tory circles is the growing sense that the Conservatives are heading for a comfortable victory at Labours expense. Tory strategists fear this might tempt some floating voters to lose their fear of Corbyn and to choose other parties to ensure a more equal distribution of MPs in the Commons.

The Tories are trusted by almost three times as many voters (38%) to handle Brexit negotiations most effectively, compared with 13% for Labour. Even among Remain voters, there is support from many for the way May is handling Brexit. Among Remainers, 36% think she is handling Brexit well, while 66% of Leave voters say she is doing a good job. Corbyn beats May when voters are asked who sticks to their principles most: 47% say Corbyn and 46% May. But 55% say May is a strong leader, against 17% for Corbyn.

James Crouch of Opinium said: The inevitable focus on Brexit in the coming months seems likely to scupper Labours chances of making any significant headway, with the election being fought on the topics that the Conservatives have strong leads on.

Opinium Research carried out an online survey of 2,003 UK adults aged 18+ from 19 to 20 April 2017. Results have been weighted to representative criteria.