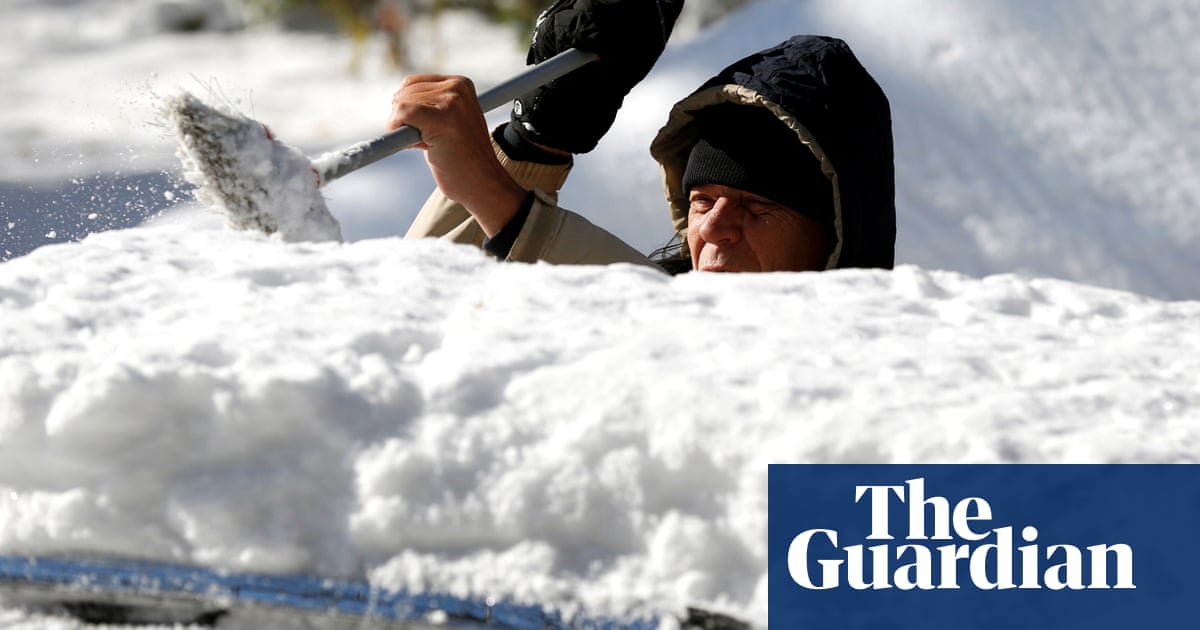 From a frozen-over Niagara Falls to record low temperatures, the arctic blast that struck the midwest is now tightening its grip on the eastern US as forecasters predict the possibility of a brutal winter with potentially long periods of numbing temperatures and deep snow.

Overnight, a bus carrying seven passengers landed on its side after the driver lost control just south of Syracuse, New York.

As temperatures dipped to single digits, forecasters projected even lower temperatures for late Wednesday and early Thursday in some locations.

The early freeze, say weather forecasters, is a taste of whats to come this winter. With no signs of the El Nio or La Nia weather phenomenons, the north-east US is placed for cold, arctic air to move south and mild, moist air to move north. When these factors collide, fierce noreaster storms are generated with associated wind, precipitation and coastal erosion and more snow.

Forecasters with NBCs Storm Team 4 said despite more snow and more cold the east coast might get a warmup in December and into early January, before an arctic temperature smackdown in late January through early March.

Record low temperatures for the date were recorded on Tuesday around New York City; Buffalo, New York; Burlington, Vermont; and parts of Ohio. More daily records were broken Wednesday morning in Burlington and parts of Pennsylvania.

To the south, daily records fell on Wednesday across a large swath of the region accustomed to milder weather.

The cold air followed heavy snow across a wide swath that proved deadly in some places. In south-western Michigan, a man died on Tuesday after getting trapped beneath machinery he was using to clear snow from his marijuana growing business.